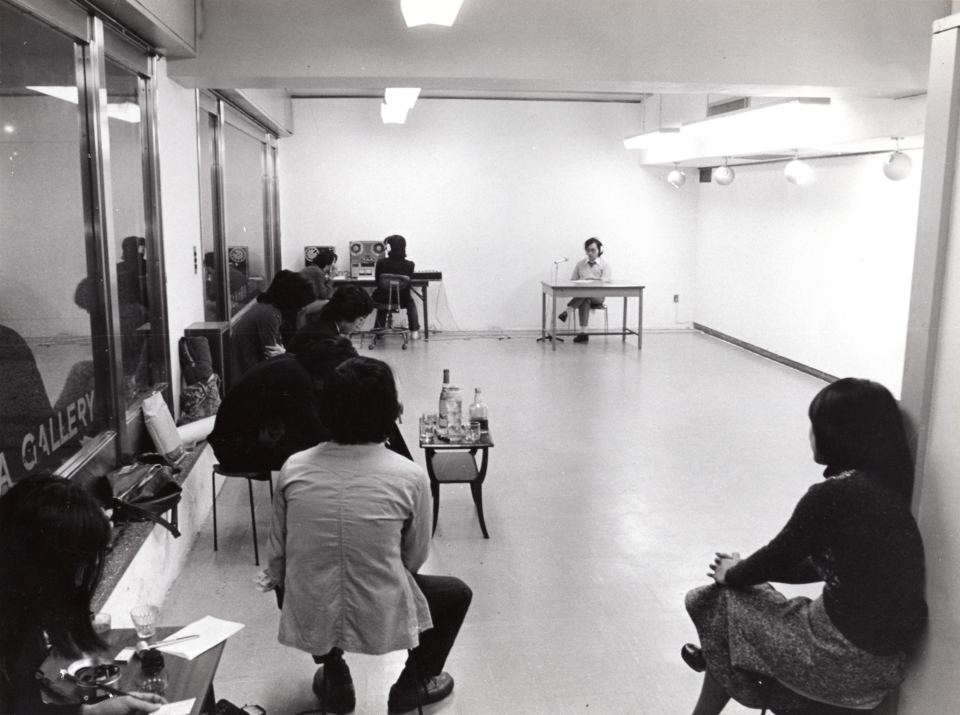 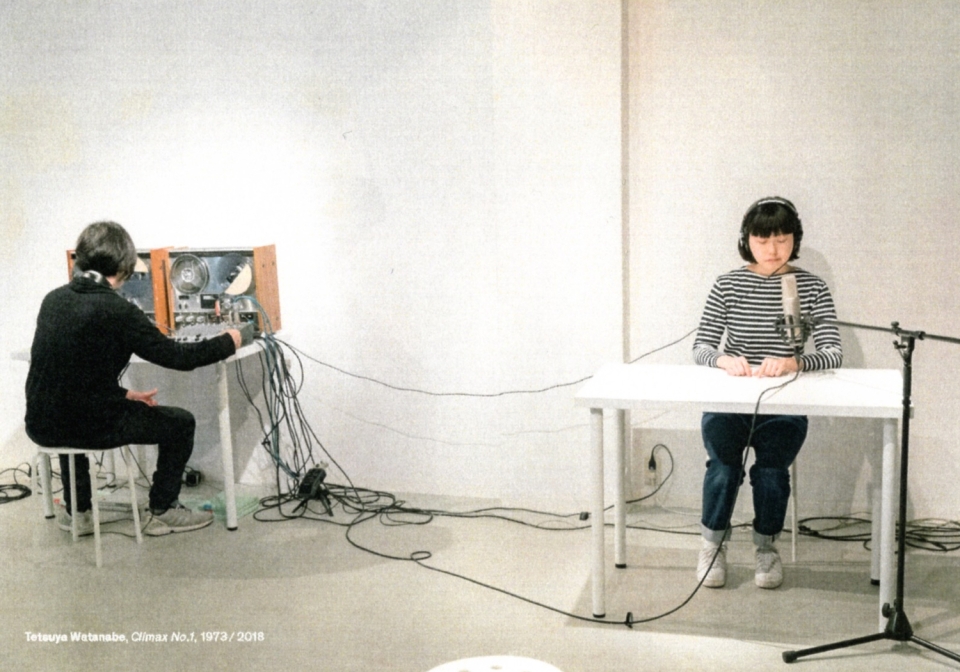 There are two open reel recorders and a mixer on a disk and a microphone on another. In turn, six performers record their voices. The first performer pronounces letters, “Na, Mi, U, Tsu [Wavering],” one letter in every three seconds, and repeats this for 25 minutes. An endless tape of ocean waves is played in a venue. At the end of the performance, rewind and replay the recorded tape. Next, while listening to the voice of the first performer, the second performer pronounces the second letter, “Mi,” when the first says the first letter, “Na,” and pronounces “U” when the first says “Mi.” Record these words superimposing on the voice of the first performer. You can hear two voices and a wave of sounds overlapped in the recording that are replayed after the second performance. The third performer pronounces “U” when the first says “Na.” It takes six hours until the replay of the sixth performance finishes.
The records of Climax No.1 by Tetsuya Watanabe include several photographs of the performances, timetable, and recording script that were put up on the wall, and an open reel tape. This tape also contains spliced sounds of a part of each performance. Not only can the overlapped voice and wave sound be heard, but also noises in the gallery and rhythmic sounds that seem to be derived from the tape recorders. The latter sounds gradually gain volume and become the same volume as that of the voice in the sixth performance, and even sometimes drown it out. The above description is based on those records and interviews with people who were involved. The procedure of the performance and devices can be inferred approximately, but there are multiple possibilities. It cannot be confirmed how to connect two recorders and a mixer, and which sounds the performers and audiences heard.
From Tomotaro Kaneko, “Where did the waves come from?: Tetsuya Watanabe, Climax No.1“ 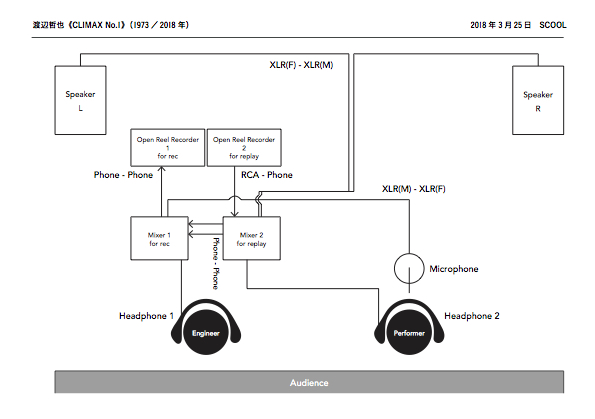