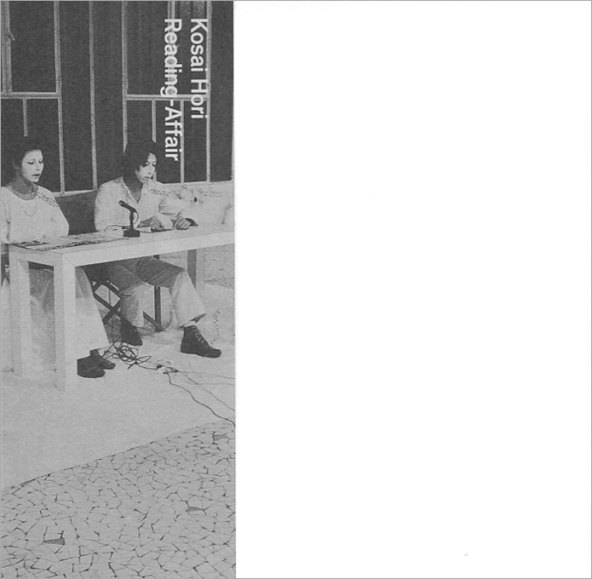 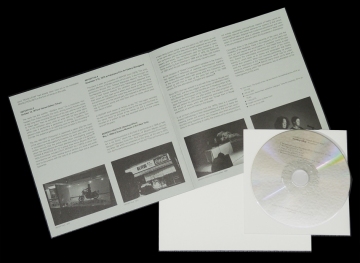 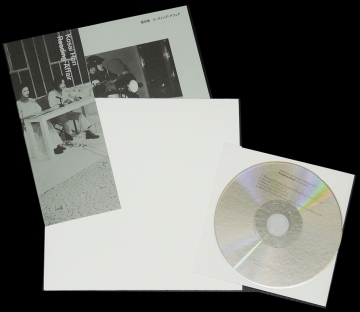 Torn-up words and the howling of sound equipment drift nowhere as they keep accumulating in space. This is what Kosai Hori presented at the Biennale de Paris in 1977, a performance piece titled MEMORY-PRACTICE (Reading-Affair), which would invite audiences to walk through a ruin filled with the debris of what once had meaning. “Create cultural ruins” was the slogan of Bijutsuka Kyoto Kaigi [Council of artists for a United Front] (also known as Bikyoto), a group that Hori founded together with art students in 1969.

Born in 1947 in Japan, Hori has participated in a variety of international exhibitions, including the Biennale de Paris in 1977 and the 41st Venice Biennale in 1984, and has stayed active in the fields of painting and performance art. While still enrolled at Tama Art University and leading Bikyoto in the late 1960s, Hori coined the famous words “Today, if we are called artists, then that is our battleground,” criticizing not only the systems that control modern art, but also the Japanese avant-garde movements that had tried to escape from those institutional straightjackets*1. Since those days, he is neither inside or outside that barricade, but has made it a matter of principle to stand atop the boundary line that is the barricade itself.

This collection is a selection of Hori’s works from the 1970s, a time in which he organized an art movement called Bikyoto REVOLUTION Committee together with artists like Naoyoshi Hikosaka, Nobuo Yamanaka and Yasunao Tone. In those days, Hori’s performance pieces employed various media such as tape recorders, typewriters and video cameras, while also creating plastic pieces that explored the theme of basic formal elements like colors and lines. After 1978, Hori devoted himself to painting, pioneering a uniquely layered painterly space in his work. Until he came back to performance in the late 1990s, chances to look back at Hori’s performance pieces from the 70’s have been scarce. This collection is made possible thanks to the sound materials that the artist himself has preserved. It has been only in recent years that the details concerning these recordings have come to surface.

In 1970s Japan, Hori and many of his contemporaries, artists from the generation called Dankai (or “baby boomers”) produced a number of works with the help of tape-recorders. Those works can be understood not only as a critical succession of preceding generations’ artistic legacies but also as a reflection of the Japanese media environment back in the 1970s. Among that of his peers, Hori’s production is outstanding in terms of the number and variation of outputs, which can by itself place it into a significant position in this context.