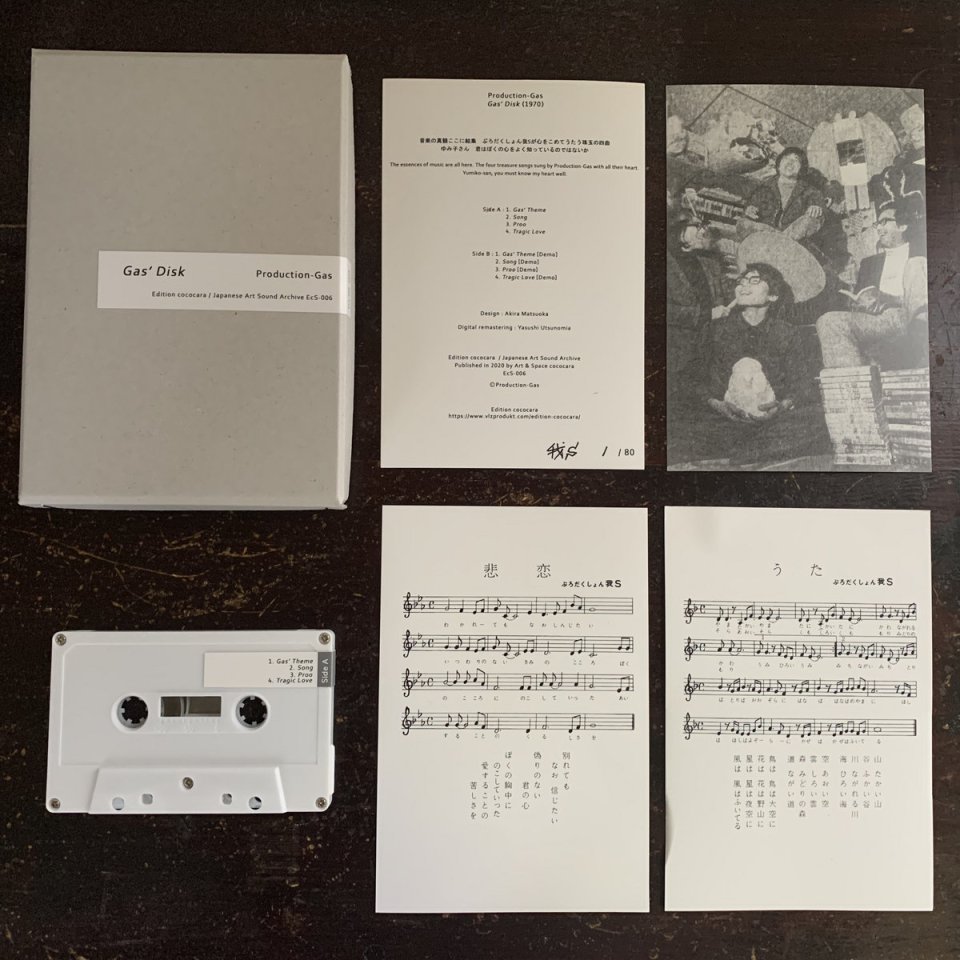 The essences of music are all here. The four treasure songs sung by Production-Gas with all their heart.
Yumiko-san, you must know my heart well.

Production Gas (hereinafter, Gas), an anonymous artist group that was active in Nagoya from 1969 to 1974, released a 7-inch LP record, Gas’ Disk, in 1970. It includes four songs; “Gas no Theme (Gas’ Theme),” “Uta (Song),” “Proo” and “Hiren (Sad Love),” and the group name and title was branded on the wooden jacket. This type of self-produced record was referred to as “private record,” “angura (underground) record” or “personal record” at that time. The members contributed money to press 1,000 copies and sold each press for 500 yen at Yamaha and other places in Nagoya. All the attachments such as the strip on the jacket and lyrics cards were handmade. In addition, Gas promoted the LP by imitating the operation of record companies: distributing posters, having an autograph session and sending requests to radio programs. Because of these efforts, the song was broadcast on CBC Radio.

The songs in the Gas’ Disk are all sung in chorus, through which they “tried to pursue the nature of singing further,” as they explained. “Gas no Theme,” which chants the name of the group repeatedly, and its variation, “Proo,” were commented that “spoken piece of an abstract poetry like reading sutras.” A so-called “insect voice” made by increasing the playback speed can be heard in both of the songs. “Uta” and “Hiren” are reminiscent of folk songs, and the latter includes spoken lines of a man and a woman, as well as a narration. Each song in this album is full of the group’s dry humor, which would attract listeners and make them feel easy.